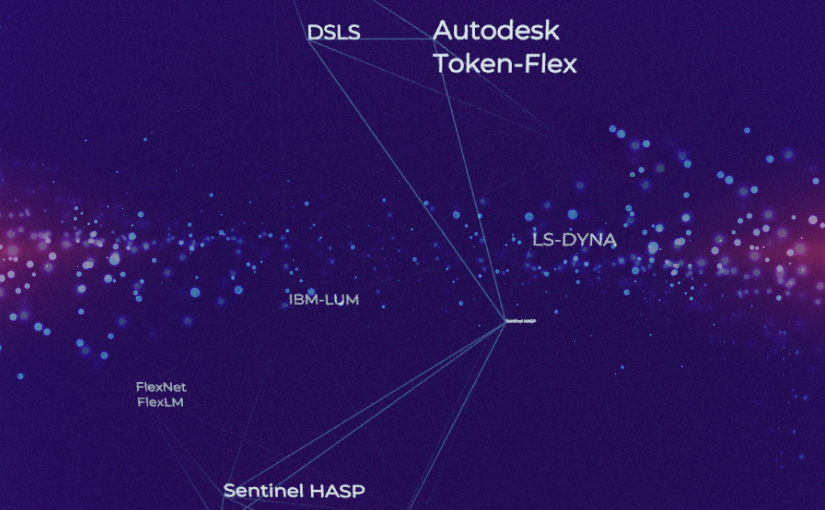 License Borrowing is a method of linking a specific workstation to a single license instance from within the license pool. This procedure marks a license as being perpetually used on the license manager (LM), enables users to borrow a product license for a designated time period, and to operate the licensed application without connecting to the license manager.

OpenLM monitors borrowing of licenses on several LM types. This document presents the borrowing methods on three of these LMs: FlexNet (FlexLM), IBM-LUM and DSLS, and the OpenLM advantages in monitoring borrowed licenses.

For a full list of other license managers where OpenLM monitors borrowing, please visit https://www.openlm.com/license-manager-capabilities/

In order to enable license borrowing, the software publisher should issue a floating license file with a FEATURE or INCREMENT line that contains the BORROW keyword, for example:

In the example above, the BORROW time was restricted to 2880 hours = 120 days. The maximum value for borrowing licenses in FlexLM is 180 days.

A user specifies the expiration date when a borrowed license is to be returned, which should be equal to or smaller than the BORROW parameter above. This expiration date is set by applying a value to the LM_BORROW environment variable. This is either done directly, by running the lmborrow utility, or by setting it in the application (when available).

The user then runs the application while connected to the network which writes borrowing information on the client computer. The license server keeps the borrowed license checked out. If enabled by the software vendor, borrowed licenses can be returned early, prior to the borrow period expiration.

When querying the usage of licenses with the DSLicSrv command “getLicenseUsage -all” , offline licenses should be reported as shown in the following example:

The IBM License Use Management (LUM) system refers to borrowed licenses as “Concurrent Offline Licenses”. In order to implement license borrowing in LUM:

Management of offline concurrent licenses is done in the IBM LUM windows UI:

Similar options are available by the lumblt command line.

Borrowing a license is not the ideal method for license deployment. It is both expensive and hard to track:

OpenLM monitors the usage of license managers, providing insight regarding users’ identity and efficient license allocation. It thus presents several advantages for license administrators, who can:

OpenLM has an extension called the Reporting Hub, which is recommended where borrowing is practised. The Reporting Hub allows you to aggregate borrowing data, which is not available in our core product, which only reports on licenses that are being borrowed within a session.

Note: If OpenLM monitors borrowing for another license manager that you use, such as Sentinel Hasp, or one of the others listed at https://www.openlm.com/license-manager-capabilities/

please contact support at openlm.com for advice specific to that license manager.