The customer complained that he “Couldn’t connect to the EasyAdmin”. Attempting to open the EasyAdmin web application resulted in the following message box appearing on his screen:

In a similar case, the customer got a different notification:

This kind of issues is related to services that have stopped and are not currently active. The 1st thing to try is restarting the respective process.

2. In the first case (“Couldn’t connect to host” message box), it may be an issue of the OpenLM Server service.

2a. Select that OpenLM Server service in the “Services” window.

2b. Right click the OpenLM Server service, and set it to restart – see image below.

Other steps for troubleshooting:

If restarting the services does not work – here are some other things you may try:

We would like to take this opportunity to send you warm greetings for the upcoming holiday season, and wish you all a happy and peaceful new year.

We would also like to sincerely thank you for your trust and choice of OpenLM’s software, as the product to monitor and manage your valuable licensed applications.

This year has been an exciting one for us at OpenLM. It has seen many developments and much progress in the evolution of our products. Much of this progress is due to our growing circle of faithful customers, who through their continuous feedback and attentiveness helped us push this product forward, to what it is now. For this – Thanks again.

We have officially released OpenLM Version 1.7 at the beginning of July 2011 and since then it has been installed on many customers’ sites. This version has integrated many new features that were required by our customers, and many fixed bugs – without which our job wouldn’t be so interesting ( (; ).

Version 1.7 also features improved performance and an enhanced user interface. Additional European and Asian language support has also been introduced in this version. All these are subject to continuous improvement, through customer feedback.

2011 has also seen the kick start of OpenLM’s Mobile interface. This application runs on mobile devices such as Android, Blackberry and Apple’s iOs. We are still looking for customers that would participate in a beta program for the new interface. If you are interested, please contact us at: orik(at)openlm(dot)com.

We are currently working on a new web site for OpenLM (Finally !) that would be clearer, more intuitive and graphically nicer than the old one. It would also include enhanced linking to relevant sites and tutorials. It should be ready for a preliminary launch in the upcoming days.

We are also vigorously working on the development of OpenLM’s version 1.8. We are always happy to receive requests for new features for the product. Please don’t hesitate to report any new required feature or problem on our issue reporting system bug.openlm.com, or contact our support team at support(at)openlm(dot)com .

Version 1.7.1.5 is a maintenance release to version 1.7. It contains some bug fixes to problems found in previous versions. We  recommend that users to whom these problems may be relevant to upgrade their system to this version.

This maintenance release includes a more advanced version (1.7.1.6) of the OpenLM Broker.

Note:
After upgrading the OpenLM Server version, you may experience problems with the “Licenses” window in the Easyadmin web application. In this case, open the “User Settings” window, click the “Clear Settings” button and “OK” for the problem to be resolved.

OpenLM is a licensing management software company with an international install base. Companies that use OpenLM’s software range from global corporations and nation-wide companies to small offices. Our company’s commitment to innovation guarantees that our clients constantly receive updates with the most advanced technology.

OpenLM is proudly ISO9001:2008 certified by the ANAB (the U.S. accreditation body for management systems), and an ESRI business partner.

Components of the OpenLM system

In addition to these core components, the OpenLM Broker and the OpenLM Utilizer Agent modules are incorporated in the basic software package, but their installation is not mandatory; The Open LM system can function without the use of these two components.

The OpenLM software package also includes several optional modules / capabilities, which are commonly referred to as “OpenLM extensions”. These extensions provide additional functions such as:

The OpenLM Server is the core element of the OpenLM system. It integrates the functionality of all other peripheral system components, such as the OpenLM EasyAdmin, OpenLM Agent, OpenLM Alerts, and OpenLM Broker. It is responsible for collecting information from various system components and storing it in an embedded relational DB. External databases like Oracle or Microsoft SQL Server are also supported.

OpenLM EasyAdmin is the administrative interface of the OpenLM system. EasyAdmin’s control panel features a desktop interface that enables users to configure the OpenLM Server; OpenLM’s core component. Some of EasyAdmin’s main properties are listed below:

The OpenLM Broker is an optional server component that runs on the license server machine. The Broker performs tasks as dictated by OpenLM Server, and is required in order to provide advanced licensing information and sophisticated abilities.

The Broker’s main task is to extract License Manager Servers’ debug log information and to push it to the OpenLM server. This action facilitates reading of license servers’ log files. Other capabilities provided by the broker are:

The Broker is an independent java based software module that can run on any license server operating system: UNIX, Linux or Windows.

The OpenLM Alert is a dedicated alerting service for the OpenLM system. This module alerts system administrators when predefined conditions are met. Alert service users can set complex alert conditions on multiple license servers. For example, if the combined usage of a certain feature on servers A and B is above a certain threshold, an email message will be sent, alerting those concerned to the situation. The Alert service also supports adjustable timing for alert checking and message sending. Alert destinations are also configurable; Alerts could be sent to the EasyAdmin interface, over emails, as SMS text messages, or directed to a system event log.

The OpenLM Utilitzer Agent is the end user tool of the OpenLM system. It provides OpenLM users with the following capabilities:

The Active Agent incorporates all the characteristics of the Utilizer Agent. On top of that, it supports an extension that enables system administrators to shut down open application either manually, or by defining a timeout policy. In this manner, system administrators can save, close, or suspend idle applications, in order to make more efficient use of licenses. The Active Agent features a user-friendly interface that enables users to quickly reopen closed applications, or resume suspended ones.

This extension facilitates saving license usage information on an external Data Base such as an Oracle or MS SQL Server. By default, OpenLM uses an embedded DB. External DB support is recommended for management of large licensing systems.

This extension enables collecting license usage information from Groups of users or projects. This capability is predominantly used by companies that charge back usage time to cost centers. The Groups & Projects extension synchronizes users’ data with its LDAP Data Base (Active Directory), keeping the data collection process fully automatic.

The OpenLM Server supports a role-based security feature that enables the implementation of customized access to OpenLM tools by setting access roles. This feature facilitates the implementation of OpenLM tools for diverse groups; e.g.: help desk, system administrators, managers and developers. The role based security system secures nearly all parts of the system entities, such as listed servers, fields and action buttons.

As part of the upgrade to version 1.6 of OpenLM we have changed some of the columns names in EasyAdmin interface. Since the browser is cashing applications such as EasyAdmin user the switch from older version may experience display problems in EasyAdmin.

The solution is to clear the cache of the browser. It’s an action that needs to be done once.

Please keep in mind that deleting the cache may cause problems such as:
– Losing

Delete OpenLM Cookie in IE8 (windows vista and above)

At the “Tools” menu navigate to “Internet Options”.
Click on “settings” button on “Browsing History” section: 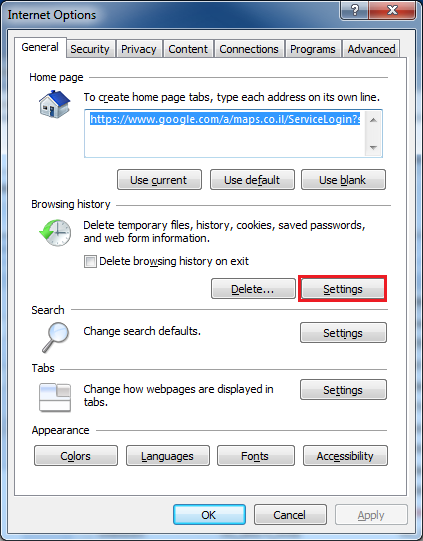 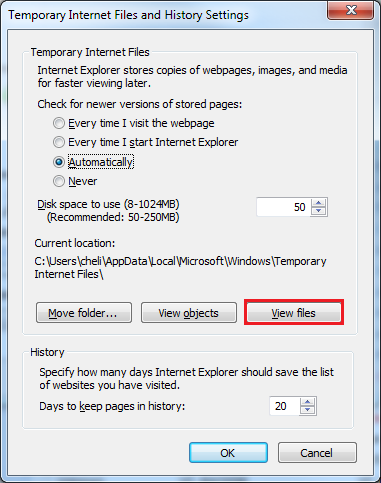 At the explorer window, which is opened at
“C:\Users\<User Name>\AppData\Local\Microsoft\Windows\Temporary Internet Files”
look for a file with the name: “cookie:<user name>@<openlm server location>/”.
For example – if the user name is smith and OpenLM is installed at the local computer, search for “cookie:smith@localhost/”.
When you find it – delete it.

If you can’t find this file, continue to the next step: 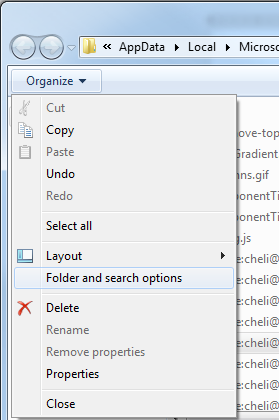 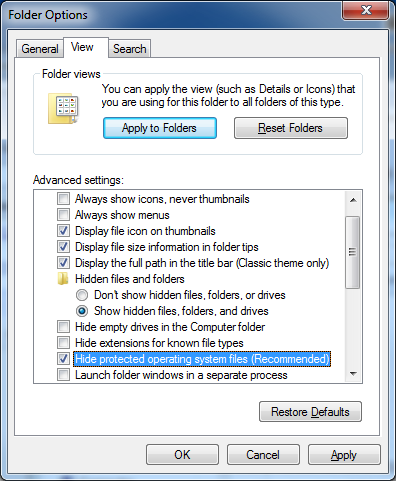 Now navigate to: C:\Users\<user name>\AppData\Roaming\Microsoft\Windows\Cookies\Low  and look there for the file with the name: “cookie:<user name>@<openlm server location>/”. When you find it – delete it. 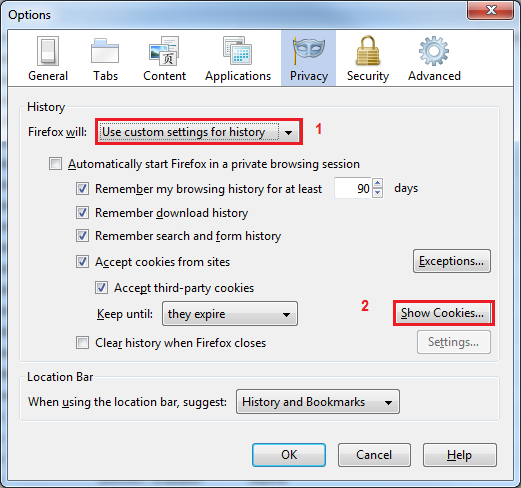 At the title, search for the OpenLM site (for example – if OpenLM is installed on current machine – search for “localhost”)

Press “Next” on the wizard:

For Alias use “easyadmin” and press “Next”:

Add “Execute (such as ISAPI applications or CGI)” to the allowed access permissions and press “Next”:

2. Config easy admin to use proxy.exe

4. Check that easyadmin is working

EasyAdmin interface is OpenLM Management and reporting application for system administrators, managers and even users (using the new role based security system).OpenLM supports most popular browsers such as Microsoft Internet Explorer, Mozilla FireFox and Google Chrome. Other browsers such as Opera were reported as supported by users but are not officially supported by us. The full list of supported browsers and versions can be found in our software compatibility list.

We usually test the latest version of each version of a browser. This approach is good since new versions are more secure and provide better support for advanced functionality.

The economical factor is also critical, supporting older versions of browser is a very expensive task for software companies. The required resources in hardware, software and human resources are huge.

How to solve compatibility problems?

Always access EasyAdmin from a workstation, not from the server itself. OpenLM runs on a browser and is designed for remote access. Workstation’s browsers tend to be more updated then the ones running on servers.

When accessing the organization network remotely from outside the network, system managers has sometimes limited access . In such a case, try to upgrade IE on the server and if possible, also install another browser.

When the upgrade of IE on a workstation is not allowed we suggest to install of an alternative browser such as Mozilla FireFox.