OpenLM is coming out with its latest and greatest milestone version, 2.0.

This version integrates many improvements that have been made to the OpenLM infrastructure as well as a great number of fixes to issues that have been reported by our ever expanding ring of helpful and cooperative customers.

This document goes over the main contributions of this version to the OpenLM license monitoring and management tool.

The OpenLM 2.0 server employs secured connectivity to Internet servers and the Active Directory (LDAP) as well as to all other OpenLM modules. 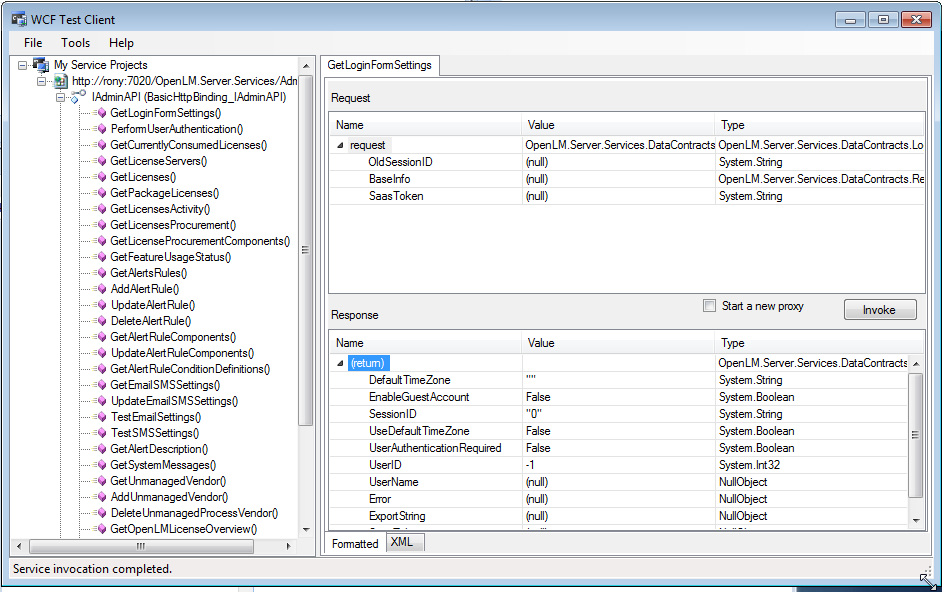 Previous versions of OpenLM could only provide concurrent license usage information based on the querying of a central license management server. OpenLM 2.0 makes use of the OpenLM Agent module to extract usage information directly from the end users’ workstations. This feature provides the added value of

2. Monitoring usage of unmanaged products (i.e. such that do not come equipped with a license management envelope)

3. Products that are in fact managed by license servers, but nevertheless leave no API for OpenLM to query the license usage.

This addition opens exciting new capabilities in OpenLM to expand the portfolio of supported license managers, and include managers that were inaccessible before, such as Bentley and Hasp version 3 which were popular requests made by OpenLM customers.

Following requests made by our trusted customers, OpenLM 2.0 has integrated support of two additional license managers: Solidworks’ EPDM and Intergraph SPLM. Further license managers are on the way.

A reset mechanism that nullifies all entities which do not have a history of usage has been added to the LDAP synchronization module.

The OpenLM alerts system has been integrated into the OpenLM EasyAdmin web application. Additional alert types have been added, and several Alert bugs have been fixed.

2. OpenLM can be configured to monitor LUM server redundancy constellations, also referred to as LUM Clusters. In order to do so, just select the ‘LUM’ type, check the “Is Triad Configuration”, and type in the cluster name. 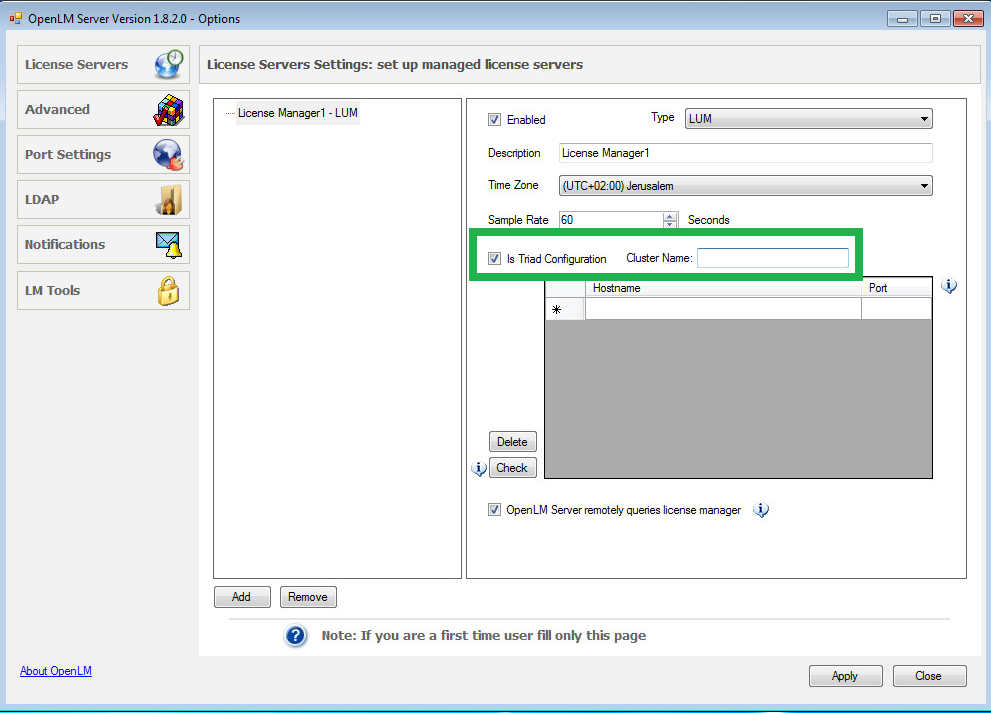 The MATLAB idle license retrieval mechanism has been fixed to silently approve idle sessions’ save and close. Now MATLAB and Simulink toolboxes such as the Financial or Signal processing toolboxes can have their usage optimized to increase license utilization throughout the company.

OpenLM is becoming the hub for controlling all types of licensing files. With file reading and data transferring capabilities enhanced, It is now possible to use the OpenLM EasyAdmin web application to interact with different text files, located on remote OpenLM monitored license server machines. This way OpenLM accumulates data from license files, log files and options files to compose a comprehensive picture of your licensing capabilities and restrictions.

The license usage chart has become more robust, accurate, and user friendly than its predecessor on earlier versions. The OpenLM Server’s processing of data has been optimized for faster processing, Display of usage information has been reviewed and rewritten, and the interface to this report window has been improved.

According to license servers’ resource sharing configurations, licenses can be denied on one server but provided on a second. License denial reports are now timewise filtered to differentiate between two cases; when a license has been granted by another server, and when the license request was flatly denied.

Users of the EasyAdmin web application can now customize the filters, start-up appearance and refresh rate of EasyAdmin windows. In order to do so:

Role based security options have been enhanced to include more intricate resources and generic role types. It is now easier to apply specific capabilities to each user role by assigning detailed resources to these roles. 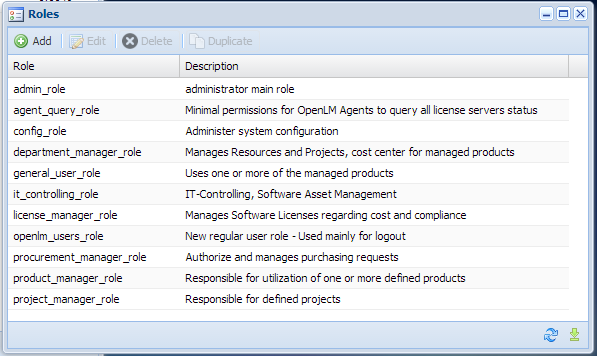 The EasyAdmin web application is the administrative entry point for license monitoring and management by OpenLM. This is why OpenLM provides role-based security access to EasyAdmin. In this method, a username and password provide to each user a certain level of access to EasyAdmin resources. In version 2.0, OpenLM has introduced the ‘Guest’ user, to provide predefined limited EasyAdmin access. This is in accordance to numerous such requests made by OpenLM clients. 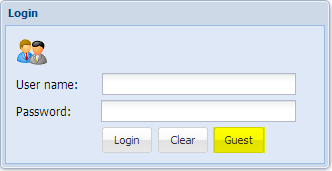 OpenLM now automatically updates Options files according to changes that have been made in groups’ structure and membership. The user can schedule periodic sweeps over changed groups and users entities in the OpenLM Database, and update the Options file according to the deltas in this information.

Time-based license usage reporting according to groups has been added in the license activity window. 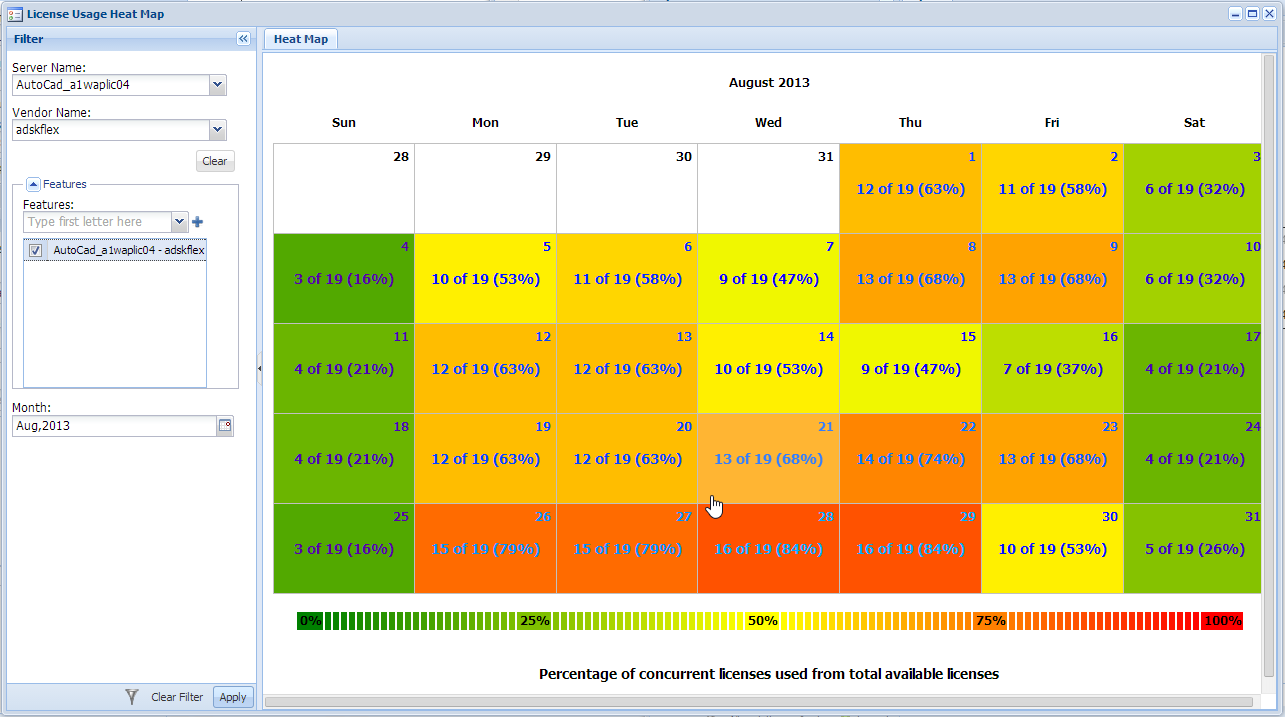 In version 2.0 a clear account of the features that are available for use by the OpenLM license file is presented on the OpenLM EasyAdmin web application. 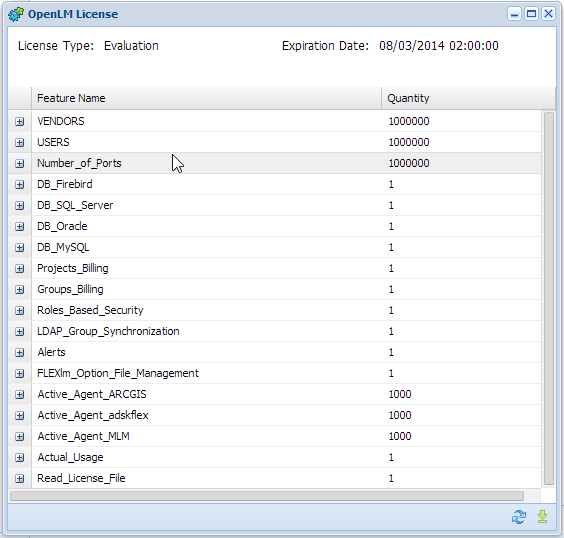 EasyAdmin provides a new notification area. It conveys information such as having an available update to a later OpenLM version, additional features and enhancements and release note documents.

When a user is denied a specific license, the OpenLM Server sends a notification to the user once that license has become available again:

Version 2.0 has redesigned and improved the “Available licenses” algorithm. For example, it now takes “false denials” into account.

The new download system on the OpenLM site does not require repetitive registration each time a user requires an OpenLM module. This has been a nuisance to our customers, and has been timely fixed.

Apart from the additional features and enhancements that were implemented in OpenLM version 2.0, it has also seen a large number of bug fixes in all OpenLM modules and categories. A concise list of issues fixed in version 2.0 will be released soon.